Also called clinical depression or depressive disorder, depression is a mood disorder that affects some 264 million people around the globe. As the leading cause of disability worldwide, depression is a persistent feeling of sadness, emptiness, or loneliness that affects occupational and social functioning. But unlike the typical sadness people feel, depression makes it almost impossible to find the motivation to perform everyday tasks. Stripping individuals of the willpower to bathe, eat, sleep, work, or even talk, depression also comes with a feeling of meaninglessness which may cause a person to question the purpose and worth of their life altogether.

What are the Symptoms of Depression?

Other kinds of depression include:

These symptoms may provide a pattern for determining depression, but it happens differently in every person. This can also be affected by the individual’s age and sex. In women, depression can be more common because of the hormonal changes related to their biology. Sadness and worthlessness are more commonly reported in women, and women are often better at identifying that they have a mental health problem. On the other hand, men experience depression through their pleasant experiences. While women feel sadness more prominently, men are more likely to deal with the inability to feel pleasure with things they used to enjoy. They’re also more likely to feel irritable and sleepless, and they may engage in more risky behavior. Men with depression often won’t realize that they have it.

Teenagers and adolescents may manifest depression as irritability and isolation. They’re more likely to experiment with illicit drugs and other substances and tend to manifest anxiety more commonly than other individuals. Elderly individuals will also have difficulty identifying their depression. Thinking that the negative mood is simply a result of their age, individuals in this category are less likely to seek help. Any other medical conditions like heart disease or diabetes may also contribute to the exacerbation of depressive feelings.

How Does Depression Alter the Brain?

How exactly this cortisol imbalance happens isn’t fully understood. But what experts do know is that depression could result from lifelong struggle or a one-time triggering event that captures a person’s weakness. Another way that depression affects the brain is how it interacts with dopamine. This neurotransmitter is associated with the brain’s reward pathway and helps people feel pleasure. With depression, dopamine levels are significantly lower, which is said to be the result of heightened cortisol levels. 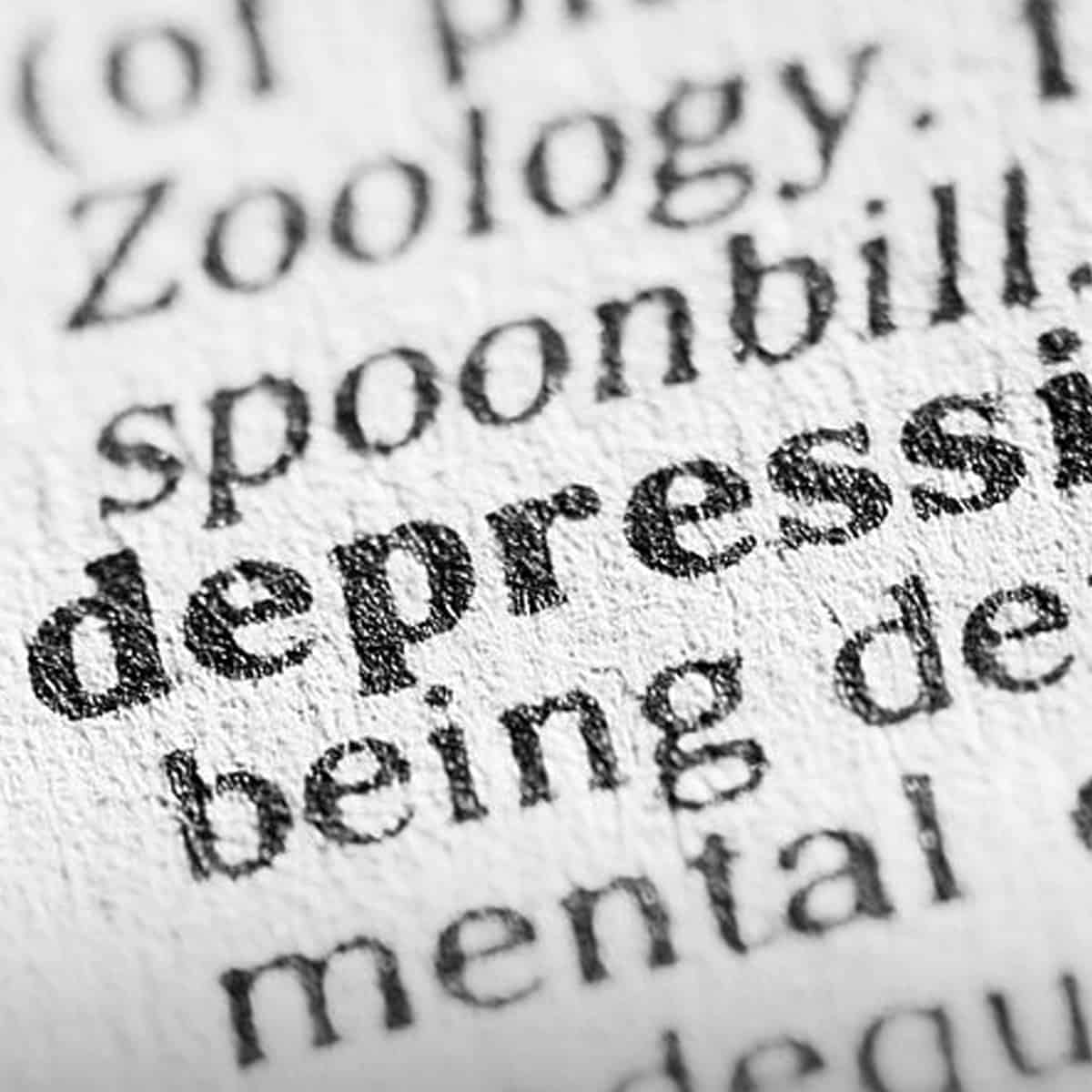 Some people are at a higher risk of developing depression than others, which often relates to various life factors. Some risk factors include:

If a person has more of these risk factors, then they become more likely to develop depression. That is, if a significant life change, trauma, or stress occurs in the presence of these risk factors, a person may struggle to cope and thus develop a mood disorder. Then others go through life with no problems. They could be well off, have a healthy family, a thriving career, and everything that goes with it. But a triggering event that targets their ‘weak spot,’ so to speak, could cause them to develop a mood disorder. That’s why some people who seem to be doing just fine might suddenly be diagnosed with depression after being laid off from work, losing a competition, or even failing a class.

The most effective treatment for depression involves using medications and behavioral therapies. A visit to the doctor will confirm whether a person is suffering from depression and if they have any other mental disorders. Once diagnosed, a doctor can prescribe the proper treatment depending on the situation. Some individuals will require just the medications, while others will need just the therapy. Then there are more advanced cases of depression that will require close monitoring and a combination of the two treatment options.

Medications for depression are called anti-depressants, and they work to help restore brain chemistry. These can take up to 4 weeks to show any improvement, and during that time, the patient may feel a welling up of negative emotions as the medication alters the present brain chemistry. Anti-depressants can be dangerous to deal with mainly because they may intensify suicidal thoughts before things get better. That said, they must be taken under the supervision of a health professional to guarantee that they work correctly and that the patient is safe throughout the treatment process.

On the other hand, behavioral therapies tend to focus on habits and situations that increase the risk for depression and other mental disorders. For instance, some individuals might receive assistance and guidance on how to get a job. Others will require in-depth counseling to target and address toxic relationships within the family. This specific strategy also focuses on helping an individual discover other healthy habits that they can use to combat the condition. Adapting a healthy exercise routine, finding a new hobby, and involving themselves in groups and organizations are just some activities that are encouraged during therapy.