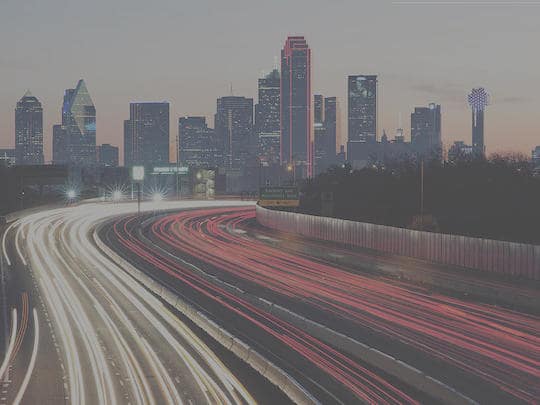 By Addiction RecoveryMarch 30, 2022No Comments

Over the last decade the news has been dominated by stories of the opioid epidemic and statistics that show substance abuse is on the rise. But is that the case in Dallas?

Drug use rates and the types of drugs that are used are highly localized. Research from the University of Texas and other reputable organizations proves that substance abuse trends differ from city to city in the state. Like many other metros across the country, data from the last ten years suggests that substance abuse is on the rise in Dallas.

Fortunately, there are world-class addiction treatment centers in Dallas like Lighthouse Recovery. From medical detoxing to Partial Hospitalization Programs to Sober Living in Dallas you can find specialized treatments that are administered by addiction experts. Some of the substance abuse trends in Dallas, TX may seem startling or even scary, know that there is hope and help for someone who is battling an addiction.

In 2019 the University of Texas at Austin Steve Hicks School of Social Work released a report called the State of Texas Drug Use Patterns and Trends. Data was gathered from the state DEA Field Division offices.

Methamphetamines is the largest concern across all of Texas. The DEA offices are seeing an uptick in use. The same is true for cocaine. Fentanyl is also causing more deaths in those who use speed, and authorities are finding more tramadol pills.

The Dallas community is facing a serious problem, like the rest of the state. Part of the solution is treating the people who are affected most. Today, there are rehab centers in Dallas, TX that specialize in treating each of these substances for targeted therapies that address addiction fully.

SAMHSA data on Dallas-Fort Worth-Arlington, TX and Collin County, TX from 2010 was a red flag that substance abuse was a growing concern in the Dallas metro. The number of deaths due to drugs jumped from 50 in 2009 to 60 in 2010. Drug-related suicide was up by 66%. Many people died with multiple drugs in their system. Opioids were the most common cause of death both years. Alcohol was a factor in roughly 20% of drug-related deaths as well.

Research from UT found that drug deaths for nearly every type of drug has been increasing steadily since 2013. The rate of drug-related deaths is startling high when compared with data from 1999. In that year only cocaine caused more than 200 deaths. By 2018, every type of drug caused more than 200 deaths a year with cocaine and psychostimulants causing well over 800 deaths each.

High Number of Admissions Into Rehab Centers in Dallas, TX

At the end of March 2019 there were 35,995 people enrolled in drug treatment programs across Texas. The DFW metro has one of the highest concentrations of treatment facilities, which means many of the people seeking treatment found it in this area.

The most common type of treatment that is administered in rehab clinics is Methadone/buprenorphine maintenance or naltrexone treatment. In March 2019 it accounted for 40% of clients that were in treatment. This addiction treatment statistic verifies the Dallas DEA Field Office’s finding that methamphetamine use is increasing and the biggest substance abuse problem in the DFW metro.

The research shows more drugs are out there in Dallas, more people are dying from drug use and more people are seeking addiction treatment. Reports like the Substance Abuse/Misuse Community Needs Assessment Report of North Texas are making the issue of substance abuse much more transparent. It’s the type of research that’s helping rehab centers in Dallas better allocate resources and create treatment programs that address current needs.

One clear trend was the growing number of drug-related deaths in rural counties of North Texas, which have a much higher rate of death compared to Dallas and Tarrant Counties. Experts believe the higher death rate is due to “lack of healthcare providers” in rural areas. Simply educating people in rural areas about nearby treatment facilities could help reduce the death rate.

Lighthouse Recovery is one of the leading rehab centers in Dallas and the surrounding area. At our treatment clinic we offer a selection of evidence-based services that are helping to address the rising addiction rates. We also have a Sober Living House in Dallas that provides additional support and accountability during outpatient treatments. Schedule a free consultation with a trained professional to find out which programs can address your needs.

The Importance of Physical Activity in Recovery

There is no question that physical activity provides a number of benefits for one's mental and physical health. For those in recovery from substance use disorder (SUD), the benefits of…

How Can a Sober Living Program Help Me Through Recovery?

Inpatient treatment programs for substance use and mental health disorders provide a structured, controlled environment where sound healing can take place. Eventually, after successfully completing inpatient treatment, you will transition…

How Can I Maintain Alcohol Sobriety When Everyone I Know Is a Social Drinker?

In a world where alcohol is widely used, and often celebrated, it can sometimes feel impossible to maintain sobriety. Even though alcohol is a legal substance, it can lead to…